If you still haven’t had your fill of Star Wars, well do we have Great news for you. The next Star Wars film is in the works with Taika Waititi set to direct.  Not much else is known at the moment except that Taika Waititi will be involved.  He’ll also Co-write the film with Krysty Wilson-Cairns, who happen to be a screen writer on the film “1917”, announced by LucasFilm on Monday, May 5th, 2020. “Waititi, who recently won an Oscar for his Jojo Rabbit screenplay, will co-write the as-yet-untitled film with Krysty Wilson-Cairns, who co-wrote 1917.” says; The Gaurdian. 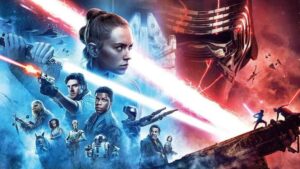 This isn’t Taika Waititi‘s first involvement with Star Wars as he also directed an episode of Disney Plus’s “The Mandalorian.”  With that episode being it’s season finale, it was well received by critics and fans alike.  With the latest trilogy of the Star Wars saga already wrapped up, another is on its way.  Just how soon will we be able to see what they have in store for the franchise? Stay Tuned fto jodyscorner.com for more updates as they become available.