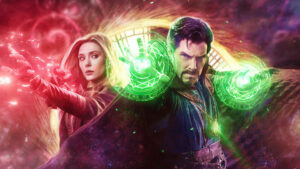 Bad news for Doctor Strange fans.  It appears that Scott Derrickson, the director for the upcoming phase four Marvel film, “Doctor Strange: In The Multiverse Of Madness” has walked away from the project citing “creative differences” as the sole mutual reason for the break up.  The director took to his Twitter page to announce his split from the project. Derrickson states: “Marvel and I have mutually agreed to part ways on Doctor Strange: In the Multiverse of Madness due to creative differences. I am thankful for our collaboration and will remain on as EP.”

These are not good optics for the start of a new phase in the MCU post Thanos. Many people have speculated that a potential reason could be that the director might have wanted to take the franchise to a place that Marvel viewed as “too dark” for family audiences.  This is pure speculation at this point.  Either way, this is not a good look for the empire that is known as the MCU. What do you think director Scott Derrickson meant when he said “creative differences?”  Stay tuned to jodyscorner.com for more updates as they become available.

“Doctor Strange: In The Multiverse Of Madness” releases on May 7th, 2021