In the last moment of Infinity War, it seemed Captain America was giving up his shield for good. Well, that’s no longer the case as Deadline has confirmed that He’ll return to the M.C.U. in the foreseeable future. That’s right Chris Evans is set to reprise his role as the iconic hero as confirmed by Deadline.com sometime ago.

According to Deadline.com; “Things had changed in recent months as the idea was floated of Evans returning to the MCU as Rogers to see if there was any interest; as the weeks went by, Evans became more game to the idea, with the two sides coming to an agreement at the top of the year.” This is amazing news for fans of the character and Chris evans as a whole, although it’s still unclear as to how he’ll return. 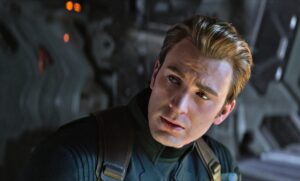 Chris Evans will Return to the MCU

With marvel finding new ways to insert existing characters into new franchises this could prove promisinig. With Disney Plus about to begin its new slate of M.C.U. adaptations there are high hopes for whats to come.