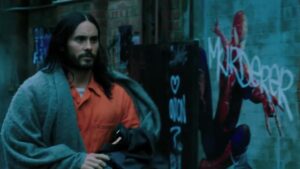 Ever since the departure of studio head, Amy Pascal, (who resided over Sony for over two decades) Sony has been on an upward trajectory.  Under Amy’s leadership Sony has become stale and not regarded to be in true competition with Disney and Warner Bros.  Sony became a follower of trends in the industry instead of creating the trends like they used to.  Say what you want about ‘Venom,’ but it was a huge success for the company.  Combine that films success with the return of Spider-Man and all his rights reverting back to Sony, as well as the ‘Carnage’ hype and this “Morbius” trailer, Sony seems ready to play hardball!  Check out my reaction and review of the latest Sony trailer, “Morbius” down below!