Sam Raimi’s “Spider-Man” was some of the first slew of marvel films to pave the way for future marvel films. If you’re a fan of his version of spider man then do we have marvelous news for you! Sources has just confirmed that he’ll be directing the next “Doctor Strange” film. The first Doctor Strange movie debuted back in 2016, where it received generally positive reception. This mostly had to due with its whimsical supernatural elements. But audiences also loved the character Dr. Strange himself, played by Benedict Cumberbatch

Here’s what Variety.com had to say about the news; “Raimi replaces original director Scott Derrickson, who Variety reported on Jan. 9 had officially departed the project due to creative differences. Derrickson will remain as an executive producer. Raimi, meanwhile, will need to get up to speed before the film’s scheduled production start date in May.” 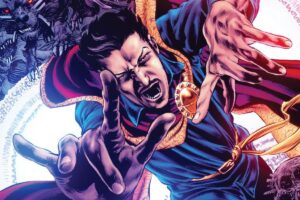 When it comes to Marvel an it’s cinematic universe it had a fairly good run if not better. It’s first few phases were memorable films that stirred up the masses in a good way. With each film generating a level of emotion, action, and relatable stakes and characters and their development. Although, the films that existed out side the Disney produced marvel films and stood on their own had their level(s) of success as well. Such as the previous mentioned Spider-Man trilogy.

With Raina’s resume I’ve no doubt that the movie will be a great addition to the next phase of Marvel. It’s also good to note that Raimi worked on such horror classics like; Evil Dead. As well as other great horror movies like; Don’t Breathe, Crawl, and Drag Me to Hell. This can set the tone for what Doctor Strange truly is and that’s the supernatural side of the spectrum. Here’s to hoping that they explore this in the next film. We’ll keep you updated when we hear more about the subject.