As Disney focus’ on phase 4 of the films set in the MCU, Deadpool 3 is unlikely to happen anytime soon. With Black Widow on the horizon and films planned after that, Deadpool is not even a thought within Disney’s mind. Despite the successes the first two films had there hasn’t been any news for a sequel since then. In an interview with inverse, Deadpool creator Rob Liefeld says; ‘’We got two brilliant movies, and we live in a culture that always looks forward because all they’re ever selling us is ‘next, next, next.’ It’s the fever.” Although in Disney’s eyes that doesn’t seem to be the case. 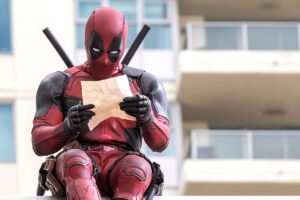 Further into the interview he also mentions; “it would come out in four years. I can’t get excited about that.” Meaning the film would likely take four years to make if it were to start production immediately. What ever the reason Disney is banking on the MCU formula and how it’s geared towards the PG 13 audience. While Deadpool targets a whole different audience entirely with its Rated “R” approach to things. Perhaps this is one major factor as to why there are no plans for the next Deadpool film.