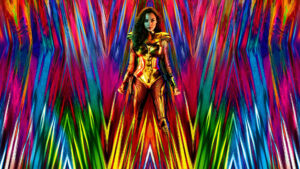 With the official launch of the Wonder Woman campaign taking place at CCXP in Brazil, Wonder Woman actress Gal Gadot speaks on which audience she believes the ‘Wonder Woman 1984’ film is for. When asked about the impact Wonder Woman has had on little girls, The Amazon put her foot down and proudly said that Wonder Woman 1984 is not just for the girls, but for the boys too. She goes on to say how in order to make the world more equal among men and women, we need to teach boys and girls what empowerment is all about.

This news comes as a breath of fresh air considering that the current trend is not about the next “qualified candidate” to direct or act in the next blockbuster film, but what “female” is going to direct and act in the next blockbuster film. ‘Wonder Woman’ grossed over $800 Million dollars in the global box office in 2017. If trends are as much as they’re hyped up to be, then ‘Wonder Woman 1984’ is shaping up to be another Billion dollar hit for Warner Bros. See The full video report from Jody’s Corner below!