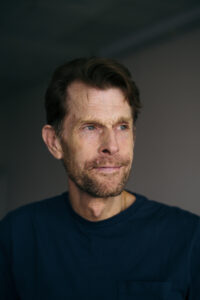 The iconic DC hero known as Batman has had his fair share of those who play the iconic character. Rather it be animated or live action. Many may argue that the most notable portrayal of Batman/Bruce Wayne is none other than; Kevin Conroy. Kevin first made his debut to voice the character during the animated series that aired in the early to late 90’s. He also went to do many other projects since then. With another being the well received “Batman: Arkham” video games.

Well, fan will be happy to know that the actor will be suiting up for his next adventure as the Caped Crusader! During a live stream on the day of April 9th, 2020 Mr. Conroy voiced Batman during a live stream, delivering an exiting reading of the “Batman: The Adventures Continues CH 1. The comic it’s self takes place in the same universe as the animated cartoon Series that ran from 1992-1995. Screenrant.com gives more insight on the story as they state; “The digital-first comic, written by Alan Burnett and Paul Dini. Burnett and Dini were producers on the show, which not only introduced us to Conroy as The Caped Crusader, but also to Mark Hamill’s and now iconic characters like Harley Quinn.” So if you’d like to see and hear him take on the voice work he’s known for, check out DC’s official Instagram page.