With everything that has happened in recent news, the world has come to a state that many didn’t foresee. This all has to due with the recent outbreak; COVID-19 or Corona Virus. The issue has become so worldwide that even pop culture and everything that falls under it is not safe. 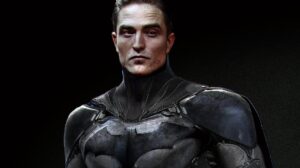 In light of COVID-19 Warner Brothers Studios has recently taken action. According to The Hollywood Reporter; “Warner Bros. is the latest studio to press pause on production and pre-production on its live-action features.  The move comes as other studios have suspended production in light of the coronavirus.”  This will include the likes of “The Matrix” and “Fantastic Beast” as well as…you guessed it; The Batman film featuring, Robert Pattinson.

With everything surrounding the outbreak, this move is something to be expected.  As with the delay of every other production there’s no telling on how this will effect the release dates of these films.  With the Batman set to open June 25th, 2021, We’ll continue to keep you updated as the story develops.